from ROUND'S HEROES by ExtraDial 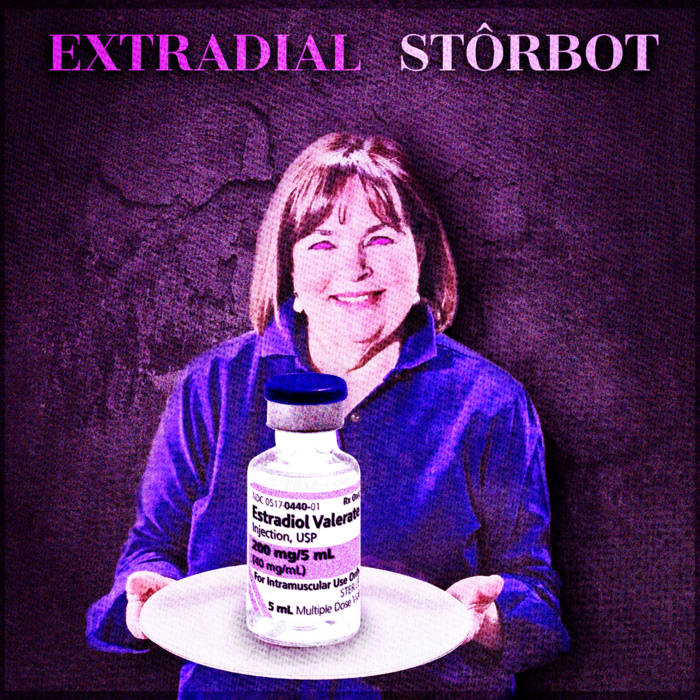 As many of you may know I have twice entered the semi regular song writing competition called the Nerdcore Vocalist Producer Challenge, both times with DC musician and actor navi under the team name Helephino. We won in 2016 with navi on production and myself on vocals, then placed third in 2020 with the roles reversed.

In between navi and I had the pleasure of judging the competition and to our absolute glee our favourite team, Danger Grove consisting of rap legend Jesse Dangerously and hyperpop phenom lizardgrove clinched the victory, in part due to our previously mentioned glee brought in by their incredible efforts.

(The resulting album they made from those submissions is still one of my favourite things to listen to holy shit)
dangerously.bandcamp.com/album/want-for-nothing

This year I am entering again and though navi is unable to commit to another year lizardgrove has agreed to produce for me and now ExtraDial is born!

It's a tradition that between the initial announcement of another person of the comp and the release of the prompt for round one that a number of teams drop a completely optional round zero track to introduce their team and ramp up the anticipation.

Here's ours! A glitchy little ditty about making our own way with the help of store bought ingredients, improvised recipes, and a healthy disdain of the harmful social norms that try to tell us how we can and can't live our damn lives, with a killer lyric video I threw together for fun.

HOPE YOU LOVE IT AS MUCH AS WE DO!

20 mil of dopamine, hoping for 'tonin
Sugar, spice, x-chem, essential components
Floating in the soup and loathing the moments
Where inner child proofing has encoded the openings

Ope. I'm a cope mech warrior all the sudden
With a stacked backburner, fats packed in the oven
Rock a few hundred pictogram minimum estro
Then cut off the source till it's squat on the andros

Flash in the pan, with a dash of the speed force
Coulda shoulda woulda but the book said I need more
Time for a life more aligned than assignments
With diamonds for hiding when climate's a shit storm

It just pours better when the blood stays in the bath
Water could be wetter, love bombs take care of that
Crafting a batch that'll pair with my whine
Many make do from scratch but the store brand's fine

I'ma teach ya how to make your life your own
Fly with teeth first to face and bite through stone
Drenched in ether, we leave the strife alone
Keep your preachers these purists strive to clone

At times I'm fine to go minus ultra
In spite of vultures my kind've suffered
Y'all stock your cupboards, we bare but molars
Await tweaks to measurements with tracking numbers

Arrive at conclusions by step of the wind pipe
Down your illusions with prep kids all win fights
Tried just to bend I to fit scripts that pens write
Your friends like your gems, or I'd guess it depends, right?

Inside voices are abandoned for sport, kid
Decided on noise, no commandment endorsement
Of course all of yours keep a key close but we know
When a door stays closed then we're fine just to force it

You're a notch my bed knob, swept by the leg, guys
Never sympathize with devils or drop x height
Next time the hands y'all had nailed hold the line
We're due what's snatched, yours'll do just fine

from ROUND'S HEROES, track released January 17, 2021
All lyrics, vocals, and lyric video by Damn Selene
All production, engineering, and glitch mastery by lizardgrove